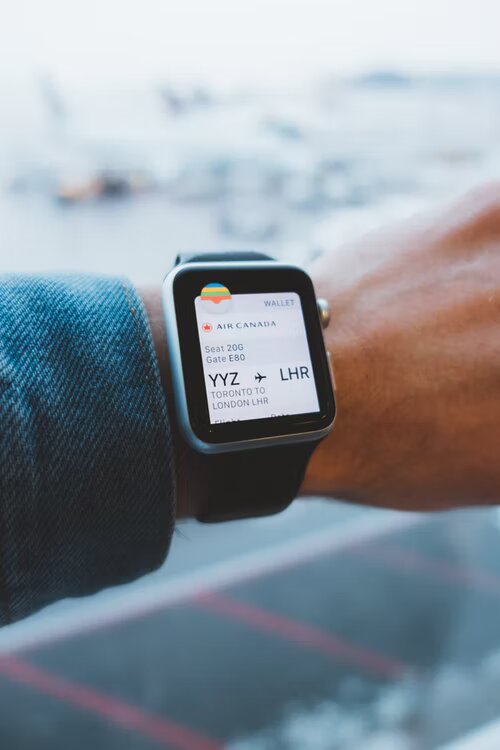 PrevPreviousBest EMR for Psychiatrists – Top 5 benefits of an EHR for psychiatrists in 2022?
NextBest EHR for Therapists – How to Choosing The Right EHR for Your Therapy Practice?Next
[wpseo_breadcrumb]

How to develop an Apple Watch App in 2022? Complete Guide

Executive Summary – How to develop an Apple Watch App

With over 30% global market share, apple watches are set to transform the wearable tech in the coming future. Learn How to develop an Apple Watch App to become an early adopter and leverage the benefit of this increasingly popular tech segment.

Introduction – How to develop an Apple Watch App

According to statistics, the global share of Apple watches in the market stands over 36%, making it the biggest player in the smart wearable category. In fact, at 36%, the share of iWatch is more than triple compared to its closest competitor Samsung, whose share stands at a little over 10%. Back in 2015, when Apple launched its first wearable, the iWatch had merely 3000 apps. Today, the Watch app store for Apple has staggering 20,000+ apps (12% of all apps) available for all categories.

While iWatch has been around since 2015, it is only recently that wearable technology has really shot up in terms of functionality and acceptance. Today, wearable gadgets like iWatch supplement mobile devices, offering users an even better and more personalized way to interact with their surroundings. Also, wearable tech is fast taking up the space in the telemedicine and health industry, enabling users to track their health and fitness goals in real-time.

With the ever-increasing user demand and tough industry competition, it’s challenging for developers to create functional, effective, and engaging Apple Watch apps. Here in this blog, we will exclusively be looking at How to develop an Apple Watch app in 2022 that creates traction and engage users. Apart from looking briefly at the process of how to make an apple watch app, we will also be sharing some crucial tips to help you create a successful app.

So, let’s get started…

How to develop an Apple Watch app?

Typically all apple watch apps are built into iOS apps. This means that whenever an iOS app with a built-in WathOS app is installed on an iPhone, the WatchOS app is automatically installed to the apple watch via Bluetooth, provided that the devices are connected.

Now, the apple watch apps run on WatchOS Operating System, which is basically based on iOS and shares many features and functionalities.

To allow developers to create their watch solutions, watchOS has WatchKit API — a framework that provides the infrastructure required to develop apps for the apple watch. 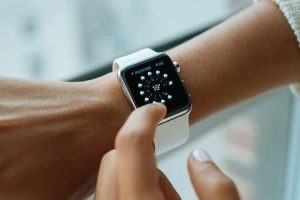 How to Develop an Apple Watch App Independently?

While previously developing independent apps for the apple watch wasn’t possible, Apple did enable standalone app development for the iWatch back in 2019. An independent apple watch app doesn’t require any companion iPhone app, which means that developers can now directly publish the app on Watch App Store without requiring to launch the same on Apple Store.

The availability to develop a standalone app is considered a big positive for users and developers. Users especially have a lot to gain from these individual apple watch apps since they can now access relevant apps directly on their wearable without needing an iPhone.

Users can now use the apple watch app as a key for their car or house or to track their health and fitness (as telemedicine or as IoT Healthcare Solutions). In the healthcare sector, wearable tech is especially making leaps and bounds as it allows users to track their pace, heart rate, and even blood pressure. In fact, with solutions like Medical Device Integration, apple watch apps are all set to disrupt the healthcare and tech market.

Most of the apple watch apps today are developed using the SwiftUI framework in Swift language. The framework includes the complete set of tools and features required to develop the app’s interface. The framework also enables declarative programming, which essentially simplifies the app development process for developers. When you are looking for how to write an apple watch app with no code, you can easily leverage the automated tools and features available with the SwiftUI framework to get things done fast and efficiently. Since, in declarative programming, users aren’t required to write detailed codes of algorithms. They simply have to describe the intended user interface, and the platform will take care of the rest.

SwiftUI Working: The framework simply wants users to specify their desired results and not “how” to achieve them. The SwiftUI framework is thereby considered a low-code technology since it doesn’t require much programming. Also, the application developed on SwiftUI will be compatible with all Apple devices, including iPhones, iPads, iWatches, and even TVs. 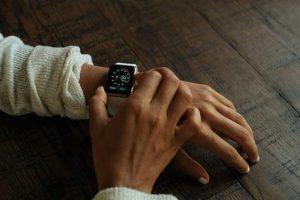 The benefits of having an app for the Apple Watch

As mentioned before, smartwatches represent the latest technological shift from mobile devices. While the technology may still need many years to be adopted globally, businesses can benefit by being the first movers.

In fact, even if you don’t have an existing app for iPhone or iPad, having an apple watch companion app will definitely help your business significantly. For instance, as a healthcare business, you can hire healthcare app developers to create an apple watch app to engage and connect with patients through telemedicine technology. Also, you can supplement your existing mobile strategy by offering customers another personalized touchpoint through the apple watch app.

Tips on developing an effective app for the Apple Watch

Well, now that you know much about How to develop an Apple Watch app, let’s move on and discuss some pro tips to create an effective app for the apple watch:

The first and foremost important aspect to consider for any apple watch app is the category you want to venture into. As mentioned above, wearable tech is still relatively new, and widespread adoption may take several years. Thereby, you should consider the right category that can help you get maximum exposure and downloads. For instance, fitness and healthcare is one of the most popular app categories for wearables at present. The telemedicine application of wearable tech has allowed healthcare practitioners and users to keep track of their health and fitness in a more personalized way. Thereby, you may want to hire healthcare app developers to create a health and fitness app. Other possible categories you may explore for the apple watch app include finance, trackers, alarms, progress apps, schedulers, etc.

While wearable gadgets are fun and exciting, they have an inherent limitation for screen size. This means that you need to create the cleanest and simplest user interface for the application. Ideally, the app should be made to complete small tasks in no more than a few seconds. The best approach is to design binary actions for the app, which may offer the simplest and neat user experience.

As an early-mover, you have plenty of opportunities to select a unique domain for our apple watch app. As we mentioned earlier, choose the right category for the app that meets the unique companion mode of the watch and come up with a bespoke application that delivers real value to users.

Lastly, you need to remember that the apple watch isn’t something similar to the iPad or iPhone (not even close). The device comes with the smallest screen (that isn’t going to get any bigger), which is by far the biggest limitation of the device. However, the apple watch can serve specific interests like telemedicine or fitness goals much more neatly as compared to other apple devices.

Thereby, when developing an app for the apple watch, make sure you know what you are doing and come up with an app that’s free from any clutter and offers a clean, easy UI/UX. The actions should be small and concise, and notifications should be short and self-elaborative.

Resources for further information on developing apps for the Apple Watch

If you are a complete newbie and wondering how to develop an Apple Watch app, this is a great resource to get started with Apple’s WatchKit. The post is intentionally written for beginners and includes an interactive video that explains the working of WatchKit for iPhone and Apple Watch.

NS Hipster is another great learning resource for iOS development. The platform includes some really valuable content that nicely explains the working of WatchKit. The platform also includes a basic introduction to WatchKit programming, developer resources from Apple, and the Lister sample app.

As can be taken by name, it’s a useful and detailed coding video that takes you through the entire process of apple watch app development from scratch. The video also elaborates developing an environment and how users can set the environment for the development process.

FAQs – How to Develop an Apple Watch App

How to Register with Apple Developer Portal?

You can register with Apple Developer Portal by following below mentioned steps;

How to Create a new project in Xcode?

To create a new project in Xcode you will have to:

How to configure the project settings?

You can find everything you need for apple watch app development for WatchOS 2 in Xcode. The platform includes templates that can be used to create bundles and configure them. Xcode also offers template files for glance interfaces, complications, and notification interfaces. Also, the platform supports running iOS and watch apps simultaneously with iOS simulators for testing and debugging.